Last week, the Recording Industry Association of America (RIAA), the association representing the billion-dollar record labels, released a report touting billions in revenue from the previous year. This report proves that the recording industry does not face a revenue problem – it’s the performing artists who face a compensation problem.

It is baffling that the recording industry is crying poverty when lobbying Congress to impose an onerous performance fee on local radio, while at the same time touting record-breaking revenues and double-digit growth.

It’s big, foreign-owned record labels who stand to gain the most if Congress imposes new fees on broadcast radio for playing artists’ music. This would devastate America’s hometown radio stations and prevent up-and-coming musicians from getting promotional airtime.

A performance fee funnels money out of your hometown and into the hands of billion-dollar record labels.

Get the facts on music licensing and take action to support local radio today! 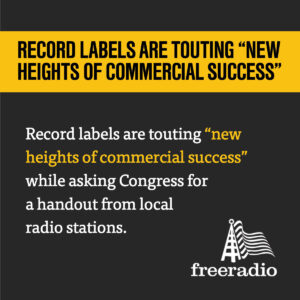 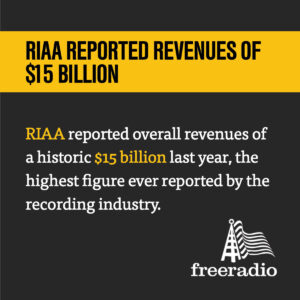 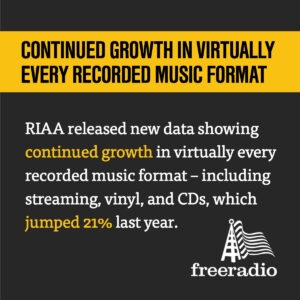